​​The power of role-based e-learning: selected content, tables and figures

As an emerging area of technology-enhanced learning, role-based e-learning has in the past been difficult to explain and describe. This “new kid on the block” has had to challenge its predecessor modes of learning, such as classroom role play, computer simulation and computer games, to prove its worth as a valid learning design in its own right. Using examples of online role plays from around the world and a variety of discipline areas, the territory of this new mode of e-learning is mapped, positioning it, for the first time, in relation to the more well-known learning designs of problem-based learning, case-based learning, face-to-face role play and computer-based simulations.


​
Table 1.2 Role play in comparison with other experiential learning activities 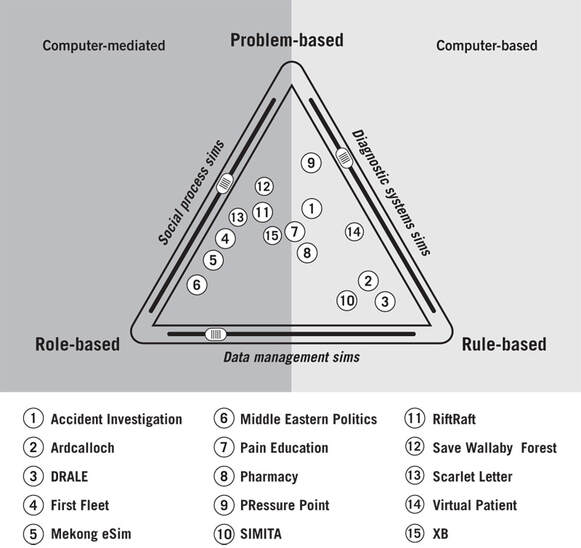 ​Summary
Learning is more effective when undertaken in a context that is active and experiential like online role play. Role play is a subset of simulation, and a type of  problem based learning, with a new and unique focus on roles in addition to the focus on the problem. For simplicity and readability this book uses the terms “role play” and “online role play” instead of the semantically correct longer term “blended role play simulation”.

​To continue to illustrate what an online role play looks like, the next chapter provides a wealth of examples of online role plays from many countries on many topics. As a precursor to the chapters on designing online role plays, Chapter 2 culminates with a comprehensive matrix of various design decision points in a selection of the role plays.
Next Chapter